Music has the power to stimulate emotions. EIDIO is DJ, producer, composer and sound designer. He creates music with deep impact showcasing spectacular sounds, with cinematics effect and organic vibe. Eidio introduced himself to the music world with DJ-ing in 2006 and explored many of music genres such as; techno, drum and bass, dubstep, trap and their descendants, which has given him the unique sound that he has created today. At present, you can catch him live, headlining events in the outdoors or in the clubs of Whistler or Vancouver. He has also opened for some big influential names around Canada some of which are; Chuurch and Kotek. He is also one of the leading founders of Back to the Wild, a community that brings artists and DJ’s together to create amazing indoor and outdoor events. Back to the Wild also, brings a sound stage to Burn in the Forest which has exploded in popularity and is a not-for profit event.

Hailing from Slovakia, EIDIO began exploring music in early childhood. After a few years of performing on stage, he started discovering many music production tools and is now using Ableton Live. Eidio’s European influence has created a sound that is captivating Canadians around Whistler and Vancouver, as well as surrounding areas. 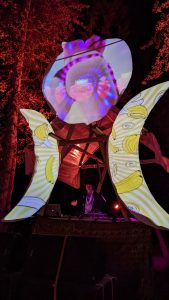 Mastering is the final creative step to take your mixes to the next level and can really define the concept of your music. You can be a big producer but you can fail if your music doesn’t get the proper mastering treatment. We’re providing mastering with the best tools on the market and following reliable mastering
techniques.